The interview was made one day after the concert in the Salle de l’Est in Paris. Eva Köhler did the interview with Mauricio Mosquera, one of the singers, and with Oscar Lozano, the pianist. Oswaldo Román, the former singer of Puerto Rican Power, who is since six months the lead singer of Grupo Niche, met us nearly at the end of the interview, so that even he could answer a few of my questions. 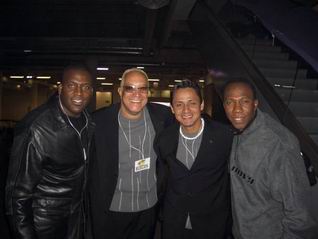 Salsa4all.com: We all know more or less the history of Grupo Niche. The band exists since 1981, with personal changes of course. How long do you guys are with the band?
Mauricio: 2006 the band will have 25 years existing. I join the band like 2½ years.
Oscar: I have like 3 years with the band. 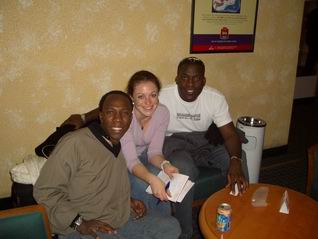 Salsa4all.com: The most of you are living in Miami, right? How is life in the U.S.A. with latin roots?
Oscar: We are nearly all the time in Miami, but I personally live in Cali (Colombia).
Mauricio: The same I do. I live in Medellin (Colombia).
Oscar: Our work is in Miami. As you know, our office is there, and in Columbia live our families. I will move with my family to Miami in January. I like Miami.
Mauricio: In Miami you meet a lot of important persons, a lot of musicians live there. You learn much about the american way of life, the culture and the language. But beside that Miami is a latin place. Think of all those latin quarters they have there. Miami is completely different to the rest of the states.

Salsa4all.com: How can you manage a life between salsa and your families? You have a lot of tours, and I know, one day you are on tour in Colombia and the next day you have to fly to Japan.
Oscar: Life between salsa and family? Difficult. It’s very hard. You are permanently away from your home. You need a lot of power to handle with that.
Mauricio: Oh yes, this is difficult. The most difficult is to be that far away. Sometimes you are on tour for three months. At least our families have the right appreciation. 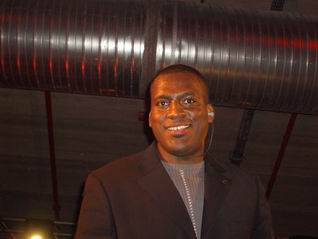 Salsa4all.com: All over the world you have a great number of fans. Which country did you like best, of those where you gave concerts?
Oscar: Well, in those three years that I join the band, the best one was in Cali, on the Feria de Cali. It’s a great atmosphere.
Mauricio: In Japan. I really liked the japanese habits and costums. 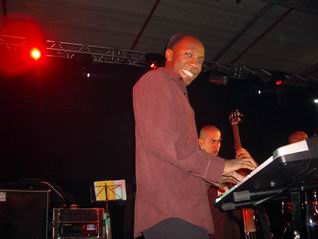 Salsa4all.com: How did you like the concert here in Paris? How was the audience like?
Oscar: It was extremely cold, even in the location, but thanks to the audience I felt very good and comfortable.
Mauricio: Incredible! The people have been so nice. They have been full of expectation, full of anticipation, and there have been such a lot latin people of different countries. But in my opinion, wherever we have been, they welcomed us enthusiastically!

Salsa4all.com: What means the music to you?
Mauricio: For me, it’s everything! Without music our lives would be nothing. Music is always there, it’s always present.
Oscar: Music is my life!

Salsa4all.com: Is there a song you prefer to sing or to play on the concerts?
Mauricio: I love all the songs, but specially „Etnia“ and „Salao“.
Oscar: „Se parece a tí“. Oswaldo: As I join the group since the new album „Imaginación“, I like those songs best. Specially „Ni como amiga ni como amante“. It’s such a sensitive song. 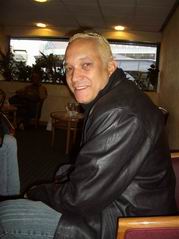 Salsa4all.com: The last disc which just has been mentioned by Oswaldo, was recorded in May 2004 and is called „Imaginación“. Do you know when there will be a next one?
Mauricio: (laughs) Of course, we are just working on it.
Oscar: It will be published next year, and the name will be „Vivencias“.